This part of the documentation dives into TIM's capabilities for anomaly detection: TIM Detect. The following sections can be explored to build up a comprehensive understanding of these capabilities:

Based on the data, problem, goal and preference, one or a combination is suitable. The KPI driven approach strives to detect whether a chosen variable (the KPI) behaves normally with respect to other variables (influencers), while the system-driven approach strives to detect whether the system (represented by all variables) is in a normal state. This means that what does and what does not constitute an anomaly can differ between the two approaches, as follows:

The following simple visual demonstration of a two-dimensional situation can in deciding which approach is right for a use case. It illustrates how the problem is understood by each approach (in the ideal scenario).

To see the (differences in) results of both approaches, have a look at a simple two-dimensional dataset where variable 1 equals about half of variable 2. 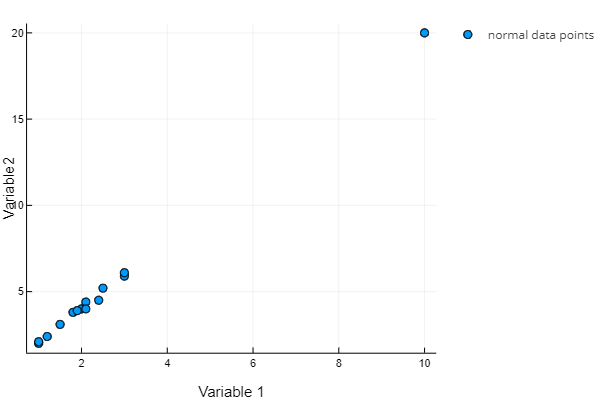 All data points are considered normal as Variable 1 is affected by Variable 2 as usual; all Variable 1 values are appropriate given the Variable 2 values. 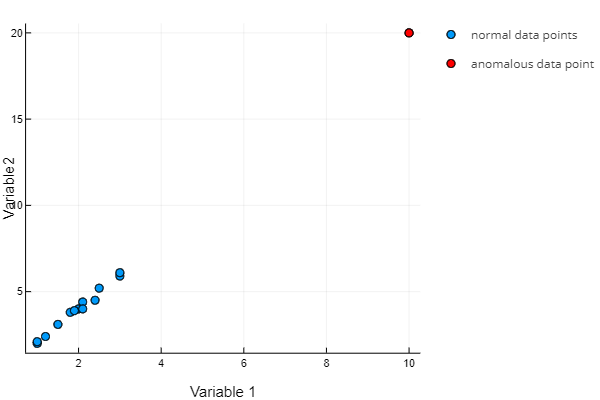 Which approach is more suited depends on the problem at hand, and should thus be decided case by case.